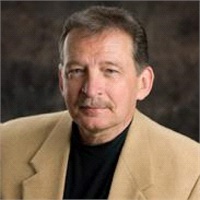 I have had my Health/Life license in the state of Michigan since 2009. I became certified in the Medicare arena in 2010. My primary focus is in Medicare Advantage Plans, Medicare Supplement, Prescription Drug Plans and other associated health plans. In addition, he is also the Director of Medicare Brokerage of the financial services firm, First Financial Group USA, Inc.

In an interim time frame, I joined Diplomat Specialty Pharmacy in November of 2015 as the senior director of account management for Payer Strategies to direct the Account Management team. I lead the transition of accounts from sales to account management as well as assisting in maximizing opportunities for upselling and cross selling services to current and potential clients.

Before joining Diplomat, I was the Michigan Director at Mondo Medical Group, where my responsibilities included directing physicians for several compounding pharmacies. Also, I  was a regional sales broker from 2009-2015 for Health Markets, where I represented large companies as an independent broker for small group ACA plans and Medicare Advantage and Part D plans. From 2007-2009, I was the regional account manager in managed care and business solutions for Abraxis Bioscience where I negotiated contracts, attained positive formulary access, and initiated and managed rebate agreements for high-volume cancer treatment centers. I was also the commercial leadership team member and director of training for Enzon Biopharmaceuticals from 2002-2007 and the senior regional account manager for Elan Pharmaceuticals from 1999-2002. I have held various positions in the oncology sector since 1989 and cardiovascular arena since 1982.

I graduated from Central Michigan University with a Bachelor of Science, Biology, and Health Science and attended the Harvard Business School seminar for sales planning, contract negotiations, and management development. Also, I have participated and completed several John Maxwell leadership/mentoring programs.